How did my first week as a full time author go you ask? Last week my grandfather passed away from a sudden, severe heart attack while mowing the grass. And my great aunt (his sister) died mere hours before he passed away. I feel so numb. I’m very sure I’m in shock, and I have no idea what my world is going to be like without him in it. And then our new pet tarantula died in transit to my home, she didn’t even make it out of her container. This feels like a sign, right? First week as an author, and the universe is speaking pretty loudly.

The sliver of good news in all this chaos is that I was working on Inheritance over the weekend before everything caught fire. I haven’t written much since, so I don’t have any words to share with you, however Kay Elle Parker DOES have words to share in the form of her new release that came out last week!
* * * 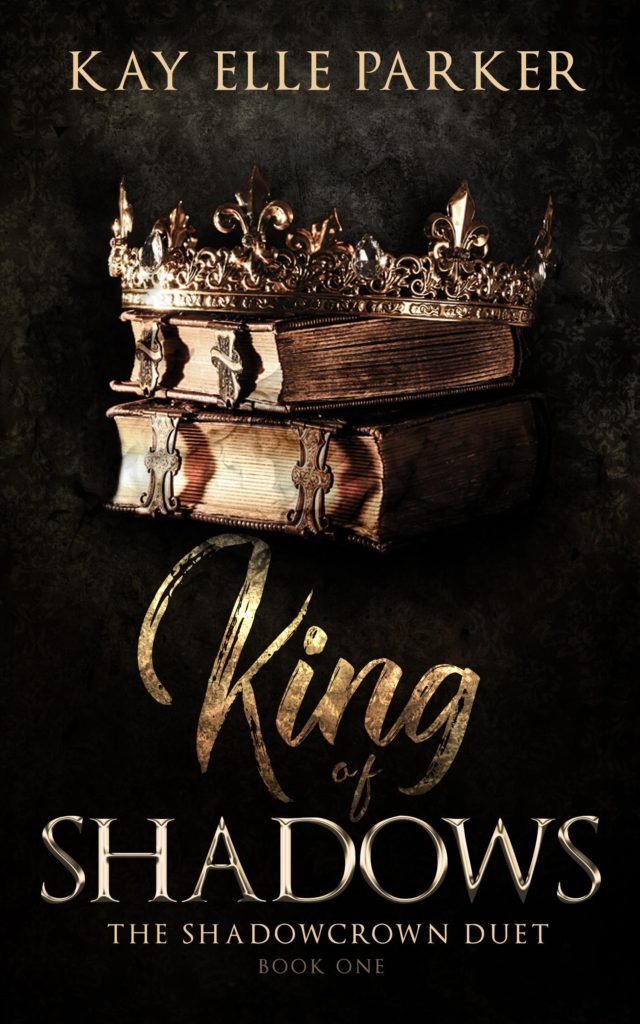 One Lord of Shadows with ambitions to be King.
One Commander in love with the future Queen but loyal to his Lord.
One Queen to Be with feelings for two men and an overwhelming need to do what’s right.
Who will reign over the Shadow realm when the axe falls?

All hell is about to break loose in the Shadow realm.
Literally.
Born to a mortal woman and an archangel father, Allianna is a breed apart from others. So much so, she has been the ward of the Lord of Shadows and his Second-in-command since birth and raised to become the Queen of Shadows. However, she’s not the quiet little bride they might wish her to be. She’s strong, and feisty, and knows her own mind. But where there is a monarchy, there are those who would do anything to wear the crown…

Kian is the Lord of Shadows. For decades he’s longed to be more, to rise above being Lord and lay hands on the coveted Kingship. An impossibility without the right bride at his side. With Allianna set to be his Queen, the Kingship is within his grasp once the marriage is consummated. But Kian hides more than just secrets within his human form. Something dark and dangerous threatens the man he’s become, puts everything he’s worked toward into jeopardy. When bad decisions and reckless actions have the power to end the man and destroy the crown, will there be anything left of Kian to save?

Islador is Kian’s right-hand man. His second-in-command, his commander of the Shadow army. Strong, powerful and highly skilled in his own right, Islador has been loyal to the Lord, the realm and his heart for centuries. Falling in love with his best friend’s woman, the woman raised to be the second most powerful entity in the realm, probably wasn’t the smartest idea, but then his heart was lost when tiny fingers wrapped around his. When the world seems like it’s coming to an end, who will command his loyalty – the King or his Queen? 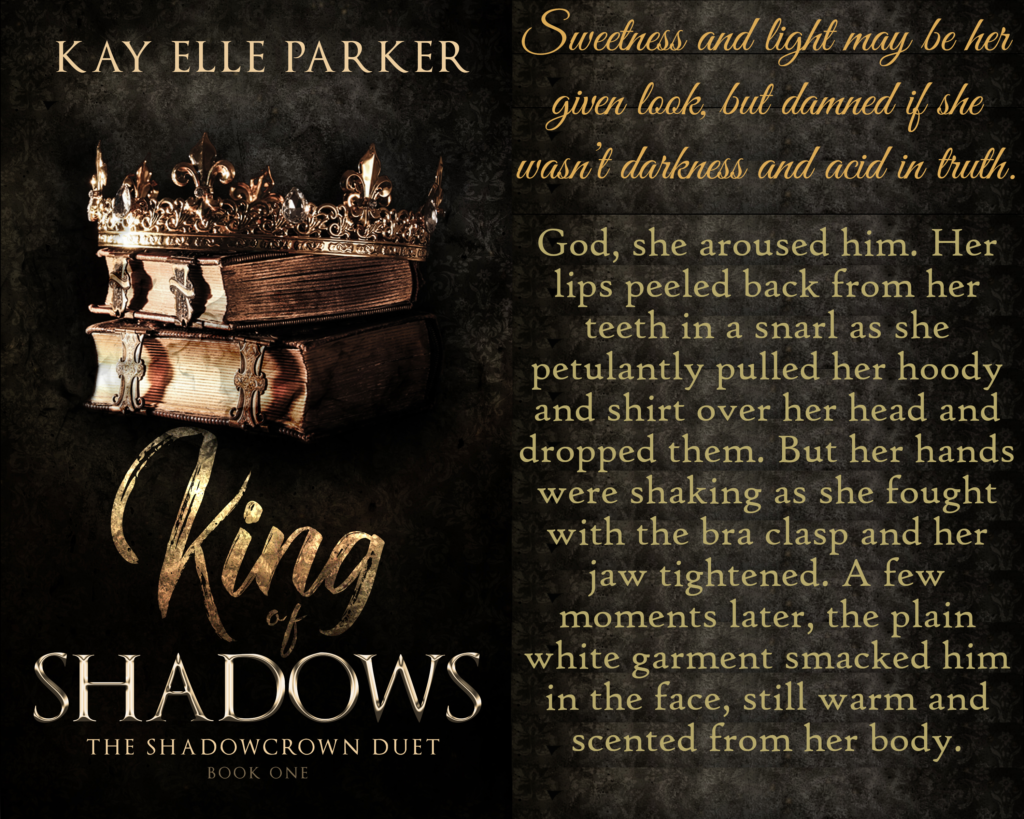 Savage blue eyes darted from his hands to the door, back to his hands. When they met his, the challenge rose between them, and damn if she wasn’t going to rise to it.

Rise to it? Fuck, she stepped up to it, her hands on her hips and that luminous fire in her eyes all but singeing him down to the bone. Excitement raced through him at the glimpse of submissiveness she was stubbornly keeping buried beneath her nerves and humiliation; once he had that thread of sweetness wrapped around his hand like a leash, Allianna would kneel at his feet and be the epitome of grace and poise.

“Think long and hard,” he murmured, slapping the folded leather against his palm lightly as she focused on it. He could feel her vibrate, her body ready to leap and grab for it. “You earned this punishment, Allianna; I’ll double it without a qualm.”

Her head tilted to the side, just a fraction, and he watched the calculations run through her quick and clever mind. She sighed softly and relaxed her edgy stance, but Kian wasn’t fooled into complacency. Quick and clever summed her up exactly, and she wasn’t going to like the lick of his belt on her untried flesh.

His gaze roamed over her, all lean muscles and porcelain skin. She obviously hadn’t been eating as she was accustomed to—the sweet curves she once bore had whittled away over the months, leaving her honed, toned, and with hints of ribs and hips showing. That displeased him almost as much as the hair disaster.

Her breasts would be just right to fit in his palms, he decided, weighing them by sight alone. While he wanted to fondle and arouse the soft flesh, he wouldn’t be able to keep himself from tasting, mauling her. The demonic side of him demanded it.

But the real prize lay hidden beneath the neatly trimmed mound of very fine, white pubic hair. Had she groomed herself for him, knowing he was coming for her? That he would find her and claim her? He hoped so.

“Turn around, set your hands on the back of the chair and hold on,” Kian ordered, subtly adjusting his cock in the confines of his pants when she obeyed. If he wasn’t careful, his first ejaculation of the night would be wasted in the most undignified manner. “Get that ass up, present it.” 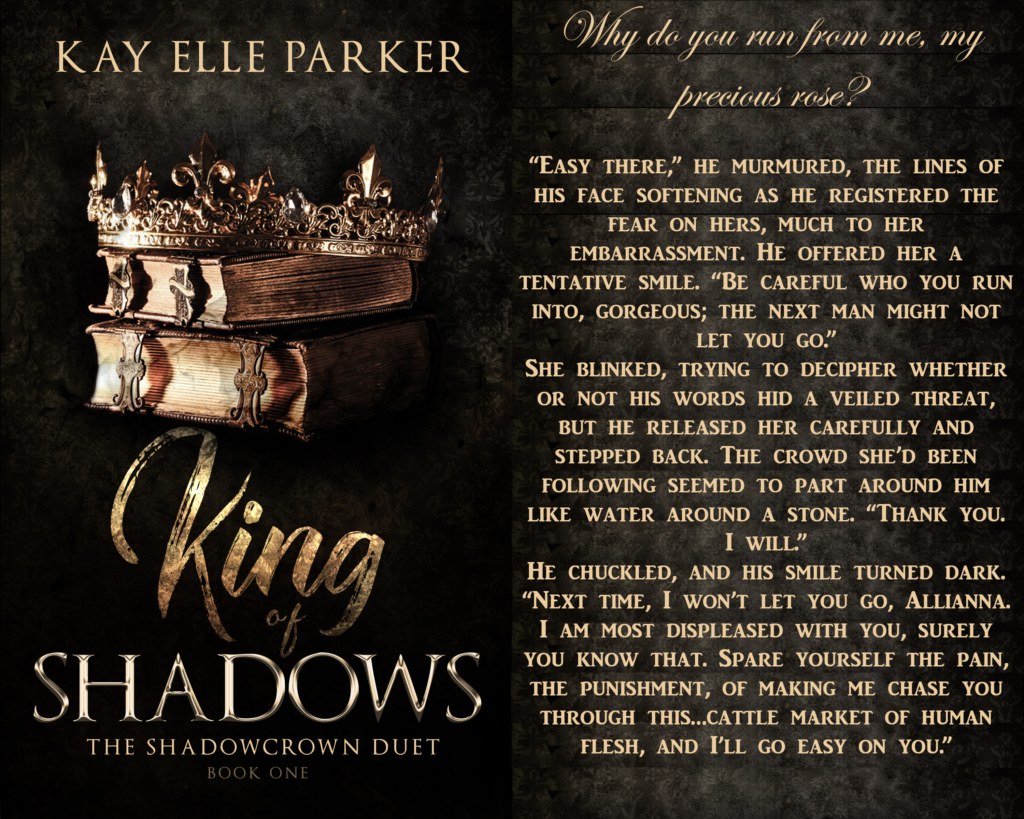 I love how Kay Elle Parker creates such multi-dimensional characters with a lot of development so I can’t wait to find time to read this one. Make sure to tell me what you think of it, lovelies, and if I really need to bump it up on the list!

In regards to me, I love you guys so much for all of the kind comments, the sweet words, and the supportive messages I received last week. Everyone is reminding me that life may kick us around but eventually we get back up. I don’t quite believe it right now, but I know I’ll be able to make it with all of you at my side. So, thank you.

Kay Elle Parker lives in Harrogate, North Yorkshire, with her four Border Collies. She works with horses by day and writes under the cover of darkness, often till the wee hours of the morning, spinning tales of erotic and paranormal romance (with elements of dark and BDSM).
Writing has been a passion since she was eleven years old (reading is another, but that started at two years old so she had a headstart) after she was sexually assaulted. Kay submitted a novel at age thirteen to a children’s publisher, much to her excitement – only to be told that while it was very good, it was too adult to be published as a children’s book. She has always been an old soul with a dark and twisted sense of humor.
While the writing continued – twenty-seven manuscripts are sat in a folder in varying degrees of completion – her pursuit to be published was set aside for a few years.
Kay’s partner was sadly murdered in 2007; since then, she remains single and focused on her work.
In 2013, Kay was chronically ill, and in July 2014 she was rushed to hospital with a ruptured stomach – it was during a six-week incarceration in hospital that “Always” was written. Not long after, she was rushed back to hospital after a routine endoscopy with a perforated bowel (ouch) and “Always” was completed. During her recuperation after surgery, “Always” was submitted to a publisher and accepted.
Since then, many additional books have been published.

« Teaser Tuesday! ‘Inheritance’ by Jennifer Bene
Music Monday – You Should See Me in a Crown »