Are you ready to get corrupted?

I am SO FREAKING EXCITED to share this gorgeous cover with all of you, especially because this book is almost ready for my ARC readers! I’m getting into that punchdrunk over-tired giddy author stage where I simultaneously want everyone to read my book, and also bury it in a hole somewhere because I’m sure it’s terrible. But… THAT is not an option, because ‘Corrupt Desires’ is coming out on July 9th! #HeavyBreathing #TotallyNotPanicking Check out this gorgeous cover, the hot blurb, and the blistering excerpt I’m sharing as a sneak peek for all of you!

If you want to show it some love, add the book on Goodreads! Click here to add! 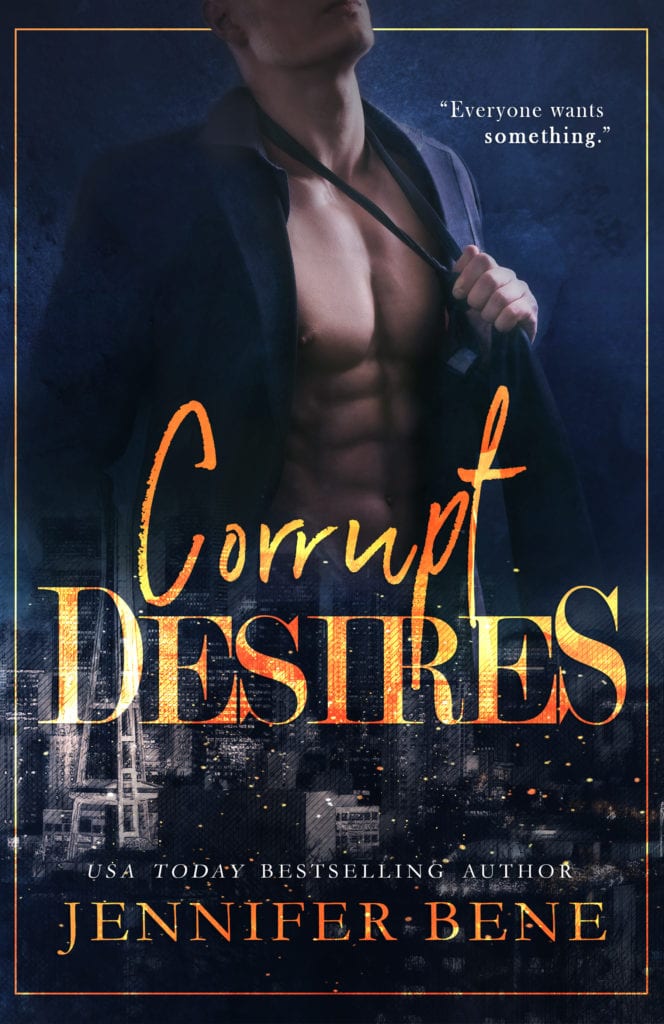 Phee knows that girls like her don’t get the fairytale…

Falling for a man like Bryant Holbrook is just begging for heartbreak. Rich boys don’t look twice at waitresses from the fog, at least not until now. One smart-mouthed taunt and his turquoise eyes are all over her. That cocky, bad boy grin tempting her with the impossible.

It should have stayed a one-night stand.

Phee is pulled into a world of danger and corruption where Bryant must put everything at risk to keep her safe, or risk losing her to keep his father’s dream alive.

“Bryant…” Phee groaned, panting against the bedding, bent over his lap as he teased her mercilessly. His fingers curling down to brush against that bundle of nerves inside as his thumb pressed rhythmically over her clit. Continuing until she was gritting her teeth to hold back the flood of pleas that threatened to escape.

“Either beg me for what you want, or I’ll tie you up and make sure you don’t come all night.” Bryant’s threat made Phee’s mouth drop open, but before she could come up with something smart ass to say he slid a third finger inside her, pumping them in a vicious tease that had her shivering towards the edge of a glorious orgasm.

“Oh God… Bryant!” Phee bucked against his grip, but he refused to let her move, and so she finally gave in. Let go and let the tug of Bryant Holbrook’s whirlpool drag her down. “Please, Bryant, please fuck me, because I’m going to lose it if you don’t. Please, please—”

Bryant pushed her off his lap and onto her back, and then he was on top of her, his knees moving her thighs apart as she arched up against his chest. “You beg so well, Phee,” he purred, hips dropping between hers, and she was infuriated by the fabric separating them as he ground himself against her.

“Bryant! Please!” Phee reached down and tugged at the waist of his boxers, and he laughed against her skin as he kissed up her neck.

“So, you’re saying you want me?” Bryant grinned at her and grabbed her wrists, pinning them above her head.

“Yes! I want you, please, Bryant,” Phee begged, the whine in her voice obvious as she rolled her hips to try and get more contact, to try and get him to give in. Damn his self-control.

“All you had to do was ask.” He kissed her hard, biting her lip and devouring her mouth in a delirious rush that finally gave her a hint that he felt the same way she did. Lifting her hips, she moaned against his lips, desperate to feel him inside her. Breaking the kiss with a groan, he twisted to grab a condom from the bedside table and she immediately reached for his boxers. Bryant went still, grinning down at her. “Did I say you could move your hands, Phee?”

Whining, she returned them above her head, and it was torture to watch as he slid two fingers into his mouth. Tasting her like he had all the time in the world as the condom hung in his other hand and his cock stayed trapped behind dark cloth. Lifting her hips into the air, she was reassured by the way Bryant’s gaze burned down her body to focus between her legs. “Please, Bryant. Please…”

“You taste so good.” That cocky smile tilted his lips and he gripped himself through his boxers, stroking as he lifted the foil of the condom to his mouth and tore the edge. “Are you going to be a good girl for me?”

“Yes, I will, I swear!” All pride out the window, she clenched the bedding in her fingers so she wouldn’t move.

“Next time I’m going to tie you up just so I can watch you writhe like this.” It was a promise she hoped he’d keep, but then none of it mattered because he was pushing his boxers down. He was long, thick, and she wanted to taste him, but didn’t dare move and tempt him to drag this out any further. He rolled the condom on slowly as he leaned over her. “Spread your legs for me,” he commanded and she did.

“Bryant,” she whispered, and then he was kissing her. One of his hands enveloped her wrists, tightening to hold them in place as she moaned against his lips, his cock brushing against her in a tortuous tease. She lifted her hips, pleading in broken murmurs, before he finally thrust inside her.

It was like hitting the ocean floor, the whirlpool an endless height above her, and she arched hard off the bed. He growled his own pleasure, hand tightening the grip on her wrists as he started to move. Each thrust pushing her closer to that tenuous edge of sharp pleasure, and an endless stream of pleas slipped from her lips as he moved his mouth to her neck and trailed kisses down to her shoulder. “That’s right, beg me for it…” 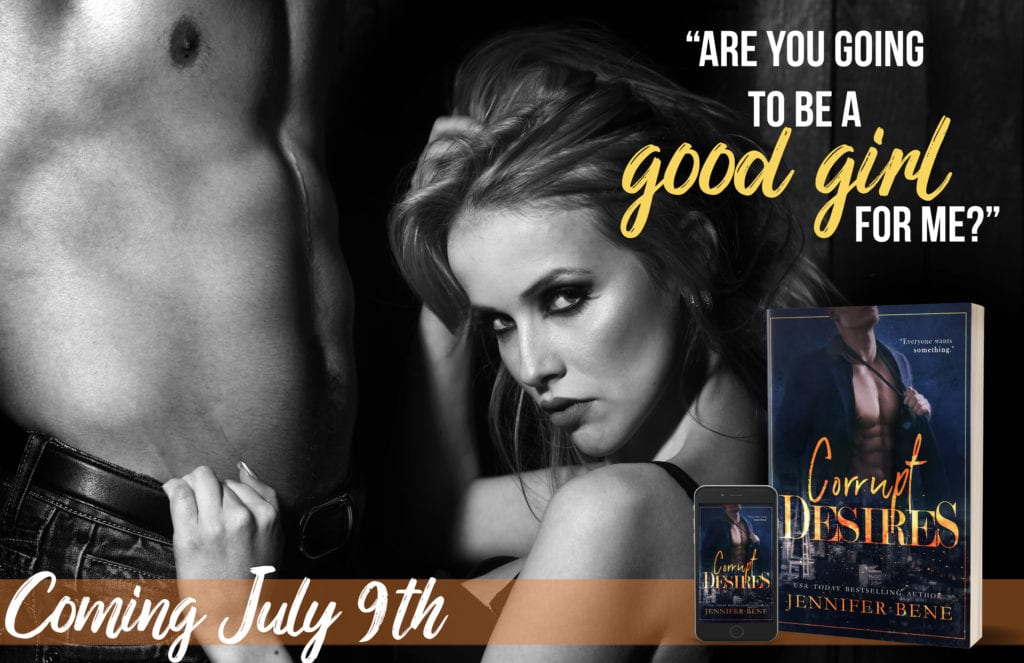 DID YOU LIKE THAT?! I really hope you did, lovelies. It’s been a lot of insomnia nights and plenty of wine to bring this book to where I needed it to be. I do want to make sure you guys know that this book is based on an older set of novellas titled ‘Of Fog and Fire’ that are no longer available. I never felt good about how those two separate novellas about Phee and Bryant just kind of got… jammed together, so I took the old book down! Now, Bryant and Phee’s original story has been completely rewritten, revised into a single novel, and the story expanded to be dirtier, darker, and blisteringly hot!

For now, it would be fantastic if you lovelies would mark ‘Corrupt Desires’ as a want-to-read on Goodreads, just to help it start to pick up steam before it goes live. ^_^ Thank you so much, and stay tuned for it going live on July 9th!

Want more of me?