We all know I love my Nighthawk, Sara Fields, but this book is even more special because she used my Ask Me Anything on cigar service (and some chats with me) to write one of the scenes, and trust me it is a panty-melting book through and through! Just check out the hot teaser below! 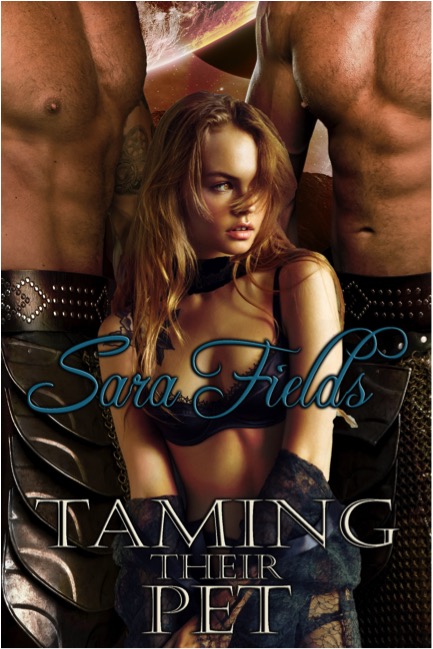 When the scheming of her father’s political enemies makes it impossible to continue hiding the fact that she is an unauthorized third child, twenty-year-old Isabella Bedard is sent to a detainment facility in deep space where she will be prepared for her new life as an alien’s bride.

Her situation is made far worse after some ill-advised mischief forces the strict warden to ensure that she is sold as quickly as possible, and before she knows it, Isabella is standing naked before two huge, roughly handsome alien men, helpless and utterly on display for their inspection. More disturbing still, the men make it clear that they are buying her not as a bride, but as a pet.

Zack and Noah have made a career of taming even the most headstrong of females, and they waste no time in teaching their new pet that her absolute obedience will be expected and even the slightest defiance will earn her a painful, embarrassing bare-bottom spanking, along with far more humiliating punishments if her behavior makes it necessary.

Over the coming weeks, Isabella is trained as a pony and as a kitten, and she learns what it means to fully surrender her body to the bold dominance of two men who will not hesitate to claim her in any way they please. But though she cannot deny her helpless arousal at being so thoroughly mastered, can she truly allow herself to fall in love with men who keep her as a pet?

“Now you must wet it. Use your mouth to dampen both ends,” Noah commanded and her eyes opened wide in surprise. Slowly, she opened her lips and slid the cigar onto her tongue. The flavor was smoky and all-consuming and the scent of it permeated her senses completely. The aroma was sweet, spicy, and woodsy with hints of cedar, honey, and nutmeg. Taking a deep breath, she allowed the decadence of the act to wash over her.

She suckled one end and then the other. Then, she did the same with the second cut cigar. As she did so, she met the eyes of both Zack and Noah and she grew bolder then. They studied her as she pressed the cigar back and forth between her lips. Zack groaned softly and she wiggled a little as desire pumped through her. She could already feel the wetness gathering between her legs, a powerful indicator of just how turned on she was becoming.

“Now, light a match and lightly toast the flat end, pet. Don’t light it, just heat it enough to dry the saliva away on both ends. Then, you must present it to us. Palms flat, hands up high over your head, eyes on the floor,” Noah guided, tracing his fingers up and down her arm. She shivered at the delicate touch.

Carefully, she crawled forward and lifted her palms up and over her head, presenting the cigar to Noah first. He took it and placed it between his lips, inspecting her work. He drew a deep breath through it, like he was tasting and testing it. She kept her palms in the air, unsure if she should move yet.

After a long moment, he placed it back in her palm.

“Light it for me, pet. It’s ready. Hold the match to the end and make sure it is completely orange. Then, you’ll have to draw a breath through it to light it. Then, you must present it to me again,” Noah directed her. Zack handed her another lit match and she held the flame directly to the flat end, watching as the cigar began to glow red and then orange as the fibers lit. She breathed softly on the end, before lifting the cigar to her lips. She drew a breath through it and puffed, ensuring it was bright and well-lit before she took it back in her fingers. Then, she put the cigar on the fleshy part of her palm so that the lit end didn’t burn her.

She presented it to Noah once again and he carefully took it from her. She repeated the entire ceremony for Zack next, toasting and presenting it to him for his inspection. Once it was returned to her, she lit it and gave it back to him, all the while on her knees on the floor, as they sat on the couch before her.

Noah took a long drag before leaning forward toward her.

“Arch your back, show me those pretty pink nipples,” he said, his voice dark and powerful. She shivered, yet followed his directions.

He moved the lit end toward her, bathing her in the woodsy smoke. She trembled as it neared her breasts, never touching, but the threat was there. It was hot and her blood boiled with fear, anticipation, and arousal.

“Don’t move, pet,” he warned and she had to concentrate to suppress the shiver that ached to race down her spine. Her chest rose and fell with the exertion of keeping still. Panting, she kept her eyes on the end of Noah’s cigar as he smoked it and then put it back near her breasts. Her nipples felt like they were moments away from catching fire and she couldn’t help but whimper as she yearned for more. They were hard little buds that begged for him to place his lips on them, rather than the cigar.

Licking her lips, she imagined just that. Moaning, she struggled to keep still as her arousal dripped down her thighs. With every minute that passed, more ash was visible on the end, a slow, steady process that both intoxicated and mesmerized her. 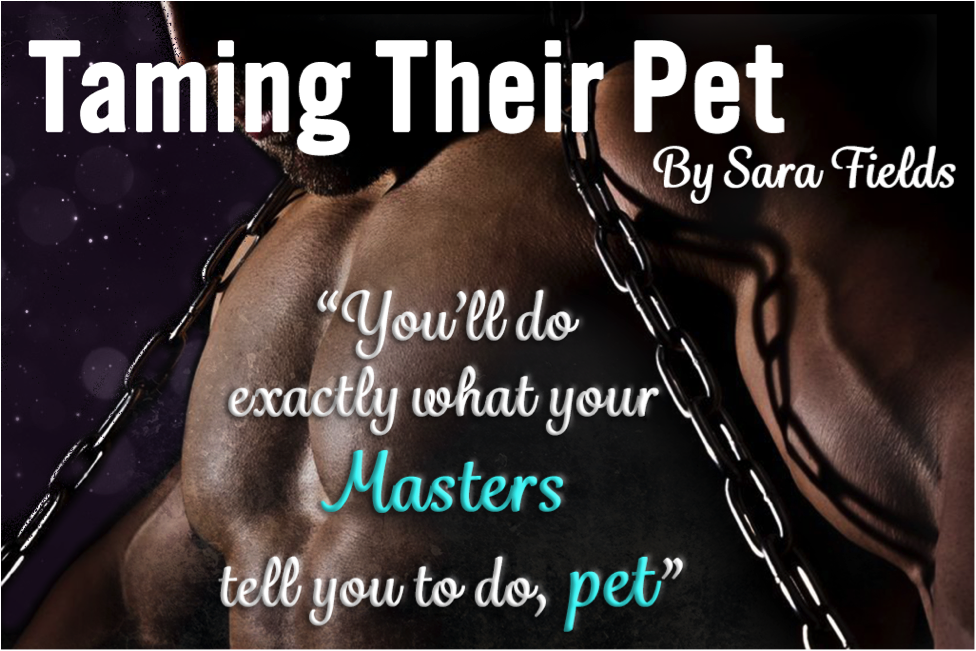 EEEK! I’m so excited she wanted to write about this, and these guys are soooo hot! You’re going to love it, and since each book in this series is a standalone you can dive directly into this one and then go back and read the first ones! ^_^ It’s hot sci-fi menage fun!