I have been HOPELESSLY behind on sharing Teaser Tuesdays and so now I have a backlog of amazing books to share with all of you. Today I have something a little different for all of you from the lovely and sweet Bella Bryce! She writes speculative literary fiction with age play and domestic discpline themes, which is a fancy way of saying that she writes books that make you think, look at DD in different ways, while still being clean (no naughty language or sex!). Her Waldorf Manor series has hit bestseller rankings several times and been Amazon Top 100, so take the chance to check it out, lovelies! She is quite possibly the nicest person on the planet, and I adore her (and mildly stalk her instagram like a crazy person)!! 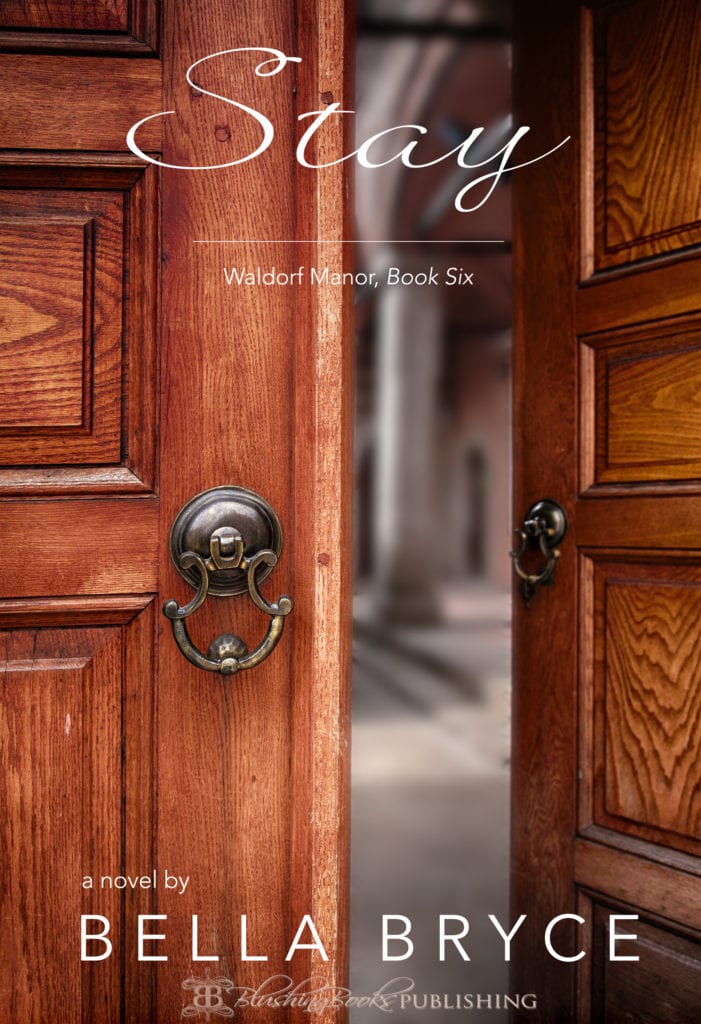 In the sixth book in the Waldorf Manor series,

perhaps it’s time to choose whether or not to

Identity can make or break a person, and no one knows that better than Damian Fowler or Alice James. Two people from contrasting backgrounds in the same circle, still fighting the demons that lurk in the space between them and the people they love.

Being a Fowler has never felt like a privilege, but a burden. The spotlight shines on Damian when an unexpected offer puts him in a familiar position – with his brogues heading for the door.

And what of Waldorf? Even before Alice can savour the new and idyllic situation whereby her father has married, that joy is robbed. Fear supersedes confidence. Uncertainty replaces content. Co-parenting and the reality of life in a domestic discipline dynamic requires major adjustments to expectation, for all three of them.

Laugh, cry and page-turn with the cast through another partition of a much bigger story that is the Waldorf Manor series.

“I hate this one.” Alice looked contemptuously at the sheet music Bennett placed on the Steinway before her.

“You can express yourself with a little less disdain, young lady.”

“This song is the bane of my existence.”

Bennett looked at his niece. “I said less disdain, not simply removing the word hate.”

“I was broadening my point, uncle Bennett.”

“I didn’t say I don’t like Chopin. The man is fine. This song is rubbish.”

“Just because you don’t like a song doesn’t mean it is rubbish.”

“My opinion is that to give a bright and cheery little girl who is still in the early thrusts of her piano tutilege Piano Sonata No. 2, cleverly disguised as Death March –

“Funeral March,” Bennett corrected, standing there with his hands behind his back and seemingly unmoved by his niece’s passionate commentary.

“Funeral March. Come to think of it, it ought to be death march because that one guy even said the fourth movement is like the “wind howling around the gravestones.”

Bennett closed his eyes briefly. “You have been anything but a cheery little girl recently, Alice James.”

“With regards to this music, uncle Bennett: death, despair and taxes.”

“You also assigned that label to Lux Aterna several months ago. Do you remember what I told you about it?”

“You didn’t say much. You just gave me another song to play from a French film you liked.”

Alice tried to recall the moment, to no avail.

“When there is no music already written that adequately expresses how you feel, then it is time to compose your own,” he answered for her.

“I assume your father gave you this sonata because you’re still putting off choosing songs for your recital. He doesn’t like that, Alice.”

“I can’t help that I don’t need to prepare weeks in advance like he does! I’m an artist, uncle Bennett. I must create how I create.”

“You’re a cheeky girl in a pinafore who will have her backside tanned should she respond disrespectfully to her uncle once more.”

“For the last recital, you were five weeks away from performing and it was postponed because of the wedding, but it will not be further delayed. Not under my supervision. If you wish to retain your father’s permission to choose all of your own songs, then that artistry needs to come into line. There are programmes to be printed and we are not doing it at the last minute because you won’t decide. This is part of you maturing into a performer.”

“I’m not going to be a performer, uncle Bennett.” That wasn’t disrespectful. It was what she believed to be true.

“Right. You can do your warm-up exercises for twenty minutes. Scales on each hand and then arpeggios. That tongue is warmed up enough. Any more backchat and your backside will be as well.”

Alice clenched her jaw whilst resentfully placing her left hand behind the sash of her dress to complete the right-hand scales. She wondered if anything ever happened to her parents, would she have to leave Waldorf?

Bennett gave her right hand a swift rap on the knuckles with a switch he produced from behind his back.

“Ow! I was.” No, she wasn’t. The scale started again. If she did have to leave Waldorf, would she live at Barton-Court? Did that mean they would become her parents?

Bennett rapped her knuckles a second time. “This is not a slurring exercise. I want to hear each individual note even as you increase the tempo. Begin again, and this time don’t drift away.”

This was going to be a long piano lesson.

What’s great about reading friend’s books is that I can hear their voice in it, and I can absolutely hear Bella’s precocious British accent in this writing. Also, Bella can totally play the piano and I imagine she’s channeling more than a little life in this excerpt. While I haven’t had the time to read this full series, her fans are loving this book! Check out this review:

“If you aren’t hooked on this series yet, you should be! Stay is the sixth book in this wonderful series which are all non intimacy tales of age play and true love. They are set within a setting of privileged wealth but peopled by characters full of integrity, honesty and diligence. Although the main characters from previous books are all here this tale is mainly about Damian and Alice. We have all been aware of Damian’s issues from reading the past tales in this series but now we truly get to grips with them.” ★★★★★ – Amazon reviewer

Bella Bryce is a Top 100 Amazon Bestselling Author of literary fiction in the niche market of clean, adult domestic discipline. She writes for a specific market that didn’t seem to exist until her first book in the Waldorf Manor series appeared. Bella’s books don’t have explicit scenes or swearing; they are literary fiction novels with consensual corporal punishment at the heart with an array of sub-genre and real-life issues at stake.

She has written nine books ranging from standalone novellas to 100k novels. Bella is a passionate storyteller with a need to worldbuild in great detail. She believes that when people pick up her books they should see it unfolding as a movie in their minds with memorable characters.

Aside from writing, Bella’s other favourite things are drinking good espresso (in all places at all times), international travel, playing piano and violin, cooking and putting together mismatched outfits. Bella left the UK in 2013 and moved to the mid-Atlantic region of the US where she currently resides.