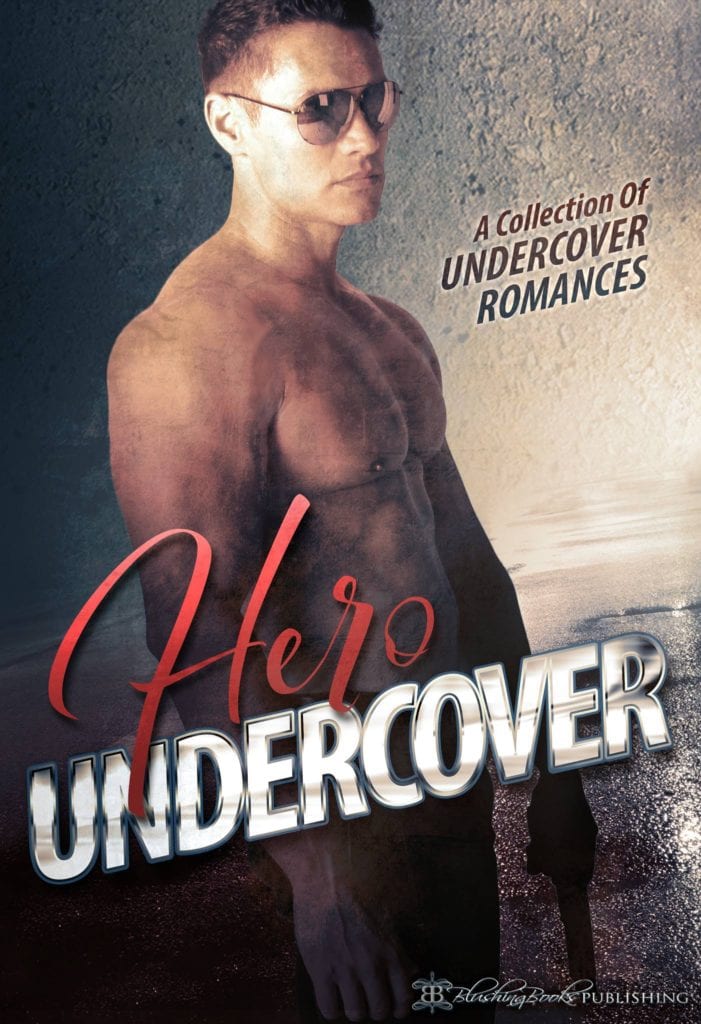 I know it’s been forever and a day since I had a new release, or even anything I could share snippets of on my blog, but part of that was because I wrote a dark, twisted little novella called ‘Monster’ that is appearing in the ‘Hero Undercover’ box set from Blushing Books – available for pre-order RIGHT NOW! It has 24 other hot stories, from a ton of amazing authors, and I think there will be something for everyone. This set runs the whole gamut of romance and erotica, from sci-fi to historical to contemporary, sweet heroes rescuing damsels, to dark anti-heroes doing the “right” thing in their own way.

Guess which kind I wrote? Ha!

My novella, ‘Monster’, is dark and twisted… and written in first person POV! It’s the first time I’ve ever done it, but it was how Andre started talking in my head, and I honestly think it was the only way this story could have been told. It’s a wild, wicked ride that ends way too soon, but I will be continuing it in 2018!

Before I give you a little treat from ‘Monster’ I want to tell you a little more about the ‘Hero Undercover’ box set that goes live JUNE 27TH from Blushing Books Publications. Here is the box set blurb:

SUMMER IS COOLER WHEN YOU STAY UNDERCOVER!

Hundreds of pages for one unbeatable price. Turn up the AC, lie back, and escape into these brand new, red hot riveting reads.

With 25 sexy undercover heroes to romance you and heat up your summer, you know you should pre-order NOW while it’s still just 99 cents! ♥

Now, who wants a sneak peek of ‘Monster’? 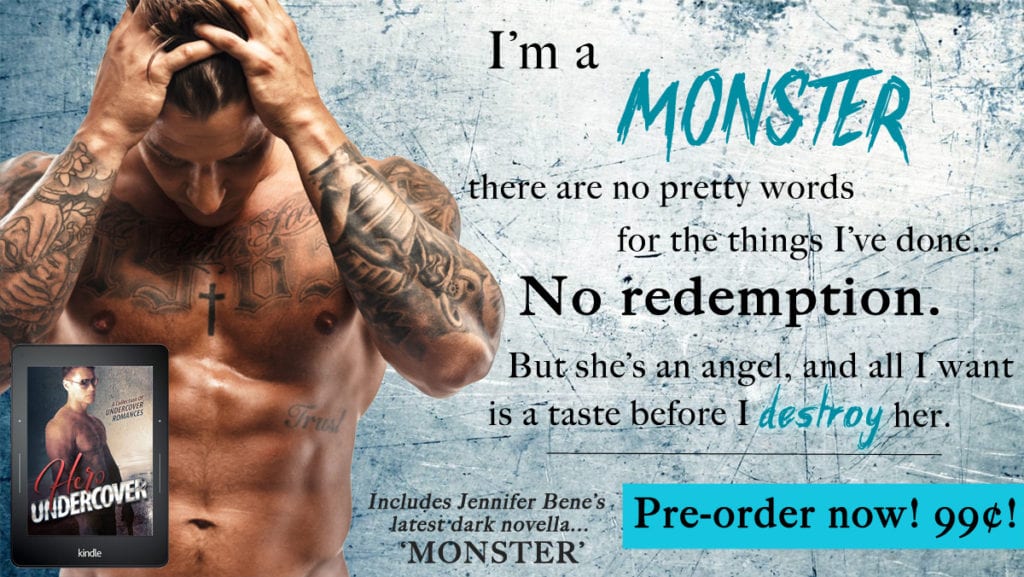 There are no pretty words to wrap up the things I’ve done, the things I’ve been witness to, all in the name of the law. But wrong or right gets mixed up the longer you’re undercover, and what used to be a mask feels more like who I really am with each passing day.

Cold, ruthless, vicious. I’m Paulo García’s monster, and I’d swallowed that bitter pill whole, learned to deal with it… until she stormed into the house like some avenging angel.

And that’s what she is, an angel.

And all I want is a taste before this world destroys her.

The boys opened the front door, and Paulo strolled into the sitting room, making his way to the wet bar. One of the most violent drug lords ever to come out of South America, and he looked like he was on vacation with his casual clothes, his falsely friendly demeanor. My grip on the tequila bottle tensed as I stared at the man, but I made sure my expression was blank. It didn’t matter how much I hated him, I was his until the job was done.

“Not curious about the girl, Andre?” Paulo asked, tilting up his fresh drink to take a sip.

“Why should I be curious when I can get the play by play just from listening?”

“If you need her handled, I’ll do it, jefe. Otherwise, I see plenty of ass walking around Miami.” I stayed still. Discussing shit like this was practically second nature now.

Paulo chuckled, leaning back with his elbows on the bar. “That’s what I like about you, Andre. Cold as ice.” He waved his drink at the men crowding the front door where a buzz of conversation had picked up. “The others are so hot tempered, they don’t think. You think.”

“You’re right. My father used to say… mata a tu corazón, o te matará. Do you know this phrase?”

I hadn’t heard it before, but I knew what it meant, and it fit Paulo perfectly. “Kill your heart, or it will kill you.”

A shark’s grin spread across Paulo’s features. “Exactly. Emotion makes you weak, and weakness is death.”

“Your father was a smart man,” I answered, voice on automatic, but the words were almost overridden by the feminine shout that came from the front door.

“Are you in there Paulo García? HUH?”

The man’s eyebrows lifted the tiniest fraction, his chilling smile not shifting. “Let her in, José.”

“Keep your fucking hands off me.” The blonde that stumbled into the room from the foyer was clad in shorts and a form fitting blue shirt that had some phrase across it in pale, swirling text. Male laughter followed her, and I forced myself to be still, not even breathing so I wouldn’t move.

She was definitely American, and fucking beautiful, and as I turned my eyes back to Paulo I knew the man smelled blood in the water. A wicked hunger waking up in those coal black eyes — the same hunger that I hated myself for feeling. “Hola, señorita. What can I do for you?”

“Do for me?” Her voice was practically boiling with rage, tanned cheeks flushing with it as she held out a thick envelope. “How about leaving my little brother the fuck alone? I’ve got your money, and I want you to take it and then never fucking speak to him again — any of you! That is what you can do for me, asshole.”

Marco and Diego started laughing behind her, amused by her little outburst as they looked over her curves, her strong legs, all the way down to the multi-colored running shoes on her feet. Even Paulo seemed vaguely amused as he spread his arms wide. “I have no idea who your brother is, belleza, but if he owes me money that was his choice.”

“Fuck you! I know you hurt Chris, threatened him, but this is it. Take your money, and get out of his life!” She shook the envelope again, shouting, and my cock twitched at the same moment my stomach dropped.

Brave and stupid. Paulo was going to eat her alive.

Make sure you keep following my blog, and my Facebook page, for more sneak peeks. And don’t forget to PRE-ORDER so you get it immediately on June 27th! Trust me, it’s going to be worth the wait. ^_^