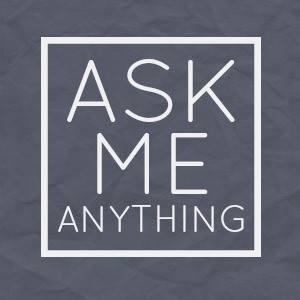 Today’s #AskMeAnything is more of a rant because a question was asked in a submissives group I’m a part of on Facebook and some of the most horrible answers were provided to this struggling submissive who had been looking for guidance in how to express her frustration with going months and months without sex. While that part of the post was bothersome enough, some of the incredibly dangerous responses I saw ticked me off to no end. Therefore, I wrote this. Curious what the #AskMeAnything is? Check out the official AMA page on my site over here.

A: Earlier this week I was involved in the most infuriating, hours long, asynchronous argument with a woman who said she is involved in a Master/slave relationship with her husband, and has been for a long time. Over several posts she repeatedly told the original poster, me, and the general population of the group that if someone chooses to call themselves a slave they have zero right to express concerns.

I pulled the mental emergency break RIGHT THERE.

Look, I’m not going to rehash the mind-numbing, rage-inducing discussion we had, but I am going to rant a little on the dangerous behavior exhibited here. First things first, just because YOU choose a term for your relationship, and YOU negotiate guidelines for that relationship with your partner, does not mean you wrote a rule for the entire community. As long as you are safe, sane, consensual, and both parties involved are adults – I don’t care what you do. I don’t care if you choose to call your dynamic HIGH OVERLORD OF EARTH/tiny ant of mediocrity and your main kink is getting covered in grape jelly on Tuesday nights. None of that matters to me. I will respect your use of that term, and your kinks, and your decisions, even if I choose to use the same titles in my relationship and they mean something else to me and my partner.

Someone else’s definition NEVER has to be your definition.

You can absolutely set boundaries in your relationship where you’re not allowed to voice complaints. You can make it so that no matter what is commanded, you say “Yes, Master.” You and your partner (regardless of what title you agree on) can decide to set just about any magical rule for your relationship that you would like. For me? I make my Dom’s coffee for him whether we’re at a nice dinner, or in his house. It’s just a rule. For some people, that would be silly, for us it works. Now, just because I’m a sub, and he’s a Dom, I do not expect everyone else that uses those terms to suddenly have a coffee guideline to their relationship.

That would be ridiculous.

And that’s the point I’m trying to make. We have a D/s relationship. We have our own kinks and rules. And that’s how the whole thing works! YOU can set rules for you and your partner too, or have THEM set the rules and you agree to them, what-the-fuck-ever, but you don’t get to make it THE ONE RULE TO RULE THEM ALL for the entire community of kinksters across the planet, and you don’t get to look down your nose at those that don’t adhere to your rules like they are somehow a malformed, less-than-real submissive/slave/etc. Doing that just makes you a dick, whether you have one or not.

To say anything else, to condemn or put down another sub because of your beliefs, is not just ridiculous – it’s cruel and pointlessly mean to people who we should be lifting up and supporting. We’re a fucking community for God’s sake, we get enough shit from the straight-laced vanilla crew, we don’t need to be tearing each other down, or insulting each other like we know better than the other on what gets them off or makes them happy.

Your kink is not my kink, and that’s okay.

I think more people could use a refresher course on exactly what that means. 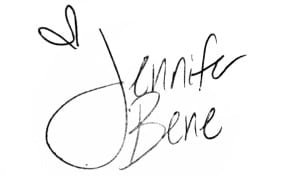