Stupid Amazon is still holding back on publishing reviews, and I’m pretty sure it’s impacting sales. Inheritance never even broke the top 1000 on Amazon, sales are already dropping, and I’m just feeling so defeated. I was so excited for Inheritance and Amazon is doing a great job of making me feel like this was a huge waste.

Thankfully I have people talking me up, and I am trying to ignore this failure by focusing on the book I am releasing next month. I have Breaking Beth coming, a spinoff of The Thalia Series, and I am trying to focus on the positive. Like Golden Angel! She just published the next book in her Big Bad Bunnies Series, ‘Chasing His Honey Badger’, because what is more badass than a honey badger?! AND of course she released it on April Fools Day, because that is the best time to release such a fun book. 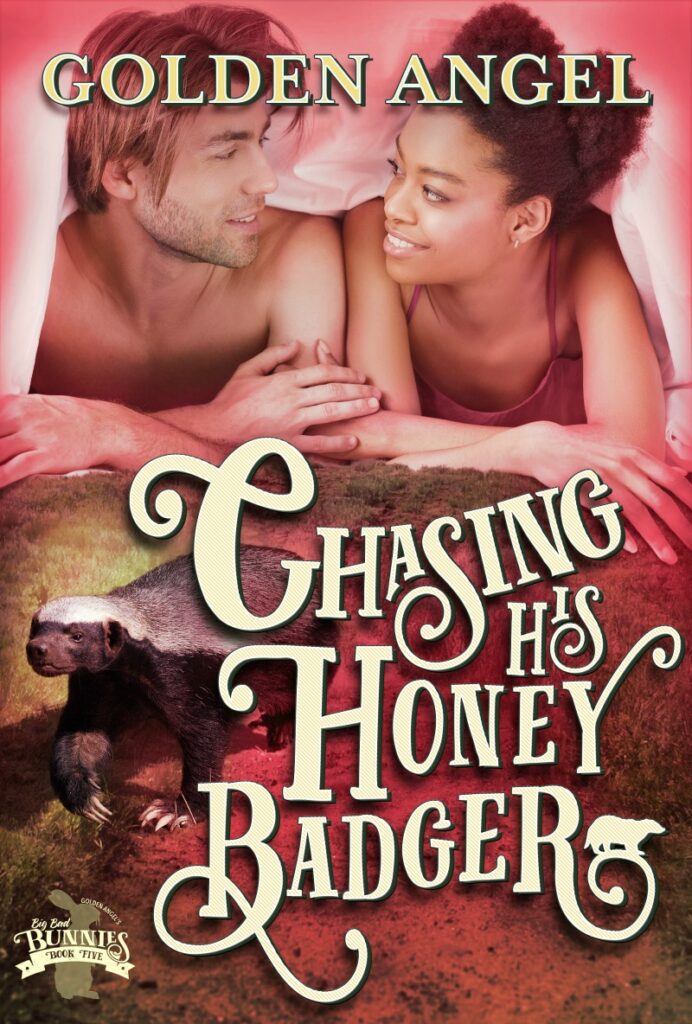 Honey Badger Princess Rana Morn has anosmia – she can’t smell a thing. And honey badger don’t care, except the condition prevents her from ever knowing who her true mate is. With two so-called ‘mates’ in her past, this shifter strictly guards her heart now. The reward of finding her forever love just isn’t worth the risk of more pain.

After years of captivity and relentless experiments, Brice Bunson has no fear. That is, until he meets his mate and realizes she may never know they are a match. But with the help of his eager and nosy siblings, Brice is sure he has what it takes both in determination and charm to eventually claim Rana’s heart.

Yet before Brice and Rana can sort out their pairing, The Company mounts a new threat that threatens them all. This battle of the heart will quickly become a battle for everyone’s lives 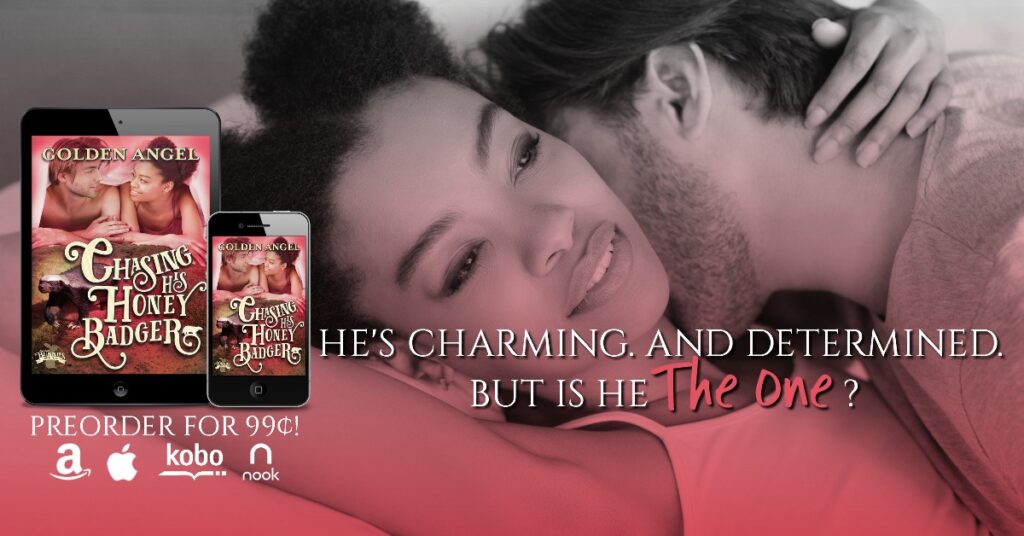 “Is this about your brothers’ third date rule?” Rana asked. The bed creaked and Brice’s eyes flew open at the noise.

“You know about the rule?” he asked, tracking her movements as she sat up. Then whimpered as she ran her hands over her breasts and down her stomach, skimming them along the tops of her thighs. Her legs were slightly spread, as if inviting him to come closer and push them wider, and he could see the swell of her nipples pressing against the thin material of her bra. “Then… wait, are you here because you don’t take me seriously? Or is this a test?”

She blinked, her hands pausing in their movement, obviously confused. “What do you mean, take you seriously?”

The earnest expression on Brice’s face was adorable, although not nearly as much fun as when he’d first come through the door and looked at her like he wanted to run his tongue over every inch of her exposed body… and like he planned on making sure all of it was exposed.

Still standing in the doorway, Brice looked uncertain—and like he might bolt at any second. Normally that wouldn’t be flattering, but since he had a massive bulge at the front of his pants, lust in his eyes, and she knew that he was trying to stick to the timeline he’d been given, it was actually very flattering. He thought he might have to run away because he couldn’t resist her.

If he ran, her honey badger was definitely ready to run after him.

Brice frowned down at her, starting to look kind of suspicious. “Brady and Brock said waiting till the third date before sex proves that I’m serious about you… is this your way of saying you’re not serious about me? Or is this a test to see if I’m actually serious?”

One thing about the Bunsons, they were very direct, with none of the games people sometimes like to play. It occurred to Rana that she probably could have just asked Brice at any time why he’d stopped kissing her and he would have told her. Noted. Now she knew for next time.

“Brice, you told me I’m you’re mate, passed the honey-badger-honey-pot test, braved breakfast with my cousins, and let my honey badger ride your bunny like a horse—twice. Exactly what makes you think that I wouldn’t think you’re serious?”

He opened his mouth. Closed his mouth. His forehead wrinkled. Then he gave her a look. “The fact that you’re trying to trick me into sex before the third date?”

That shouldn’t be cute, but it was. She was beginning to realize that was Brice though—confidence, charm, a take-charge attitude, and a big dose of adorable all rolled up together in one irresistible bundle.

Rana stood. He rocked slightly, like he was about to take a step back, but had stopped himself. Her honey badger churred, softly, as if trying to soothe him even though he couldn’t hear it. “Okay, so sex is off the table,” she said, smiling amiably as she sauntered forward. His eyes dropped to her breasts and then jerked back up to her face. Rana let her gaze fall down to his tightly fitted black t-shirt and the baggy black cargo pants that made up the uniform of all of Steele’s soldiers when they were on duty. It was a sexy look and it looked particularly good on Brice.

“What about kissing?” Brice audibly swallowed as she reached him, coming to a halt a few inches away from him and tilting her head back to look at him with a seductive expression. She parted her lips slightly, as if waiting for his kiss.

“What about… touching?” She trailed her fingers over his chest, felt his breath stutter, and ran them down over his stomach, pulling away just before she reached the waistband of his pants. The air seemed to sizzle around them, the tension thick enough to cut, and Brice’s breaths were short and sharp as he struggled with his control. Her own breathing was shallower and faster than normal, she could feel what was inevitably coming, she was just waiting to see how long he could hold out.

“Fuck… Rana…” Strong fingers clamped around her hips, dragging her body against him as his lips descended. She met his kiss eagerly, grabbing at his sides and pulling his t-shirt out from where it was tucked in, opening her mouth for his tongue. He groaned as he practically devoured her, his hands sliding over her bare skin, caressing her like he was trying to touch every inch of her.

I have a lot of plans for 2019 and I am not going to let Amazon kill them on my first release as a new author. We are going to get through this, together, and you are going to help me remember this was the right decision. I love you guys!

Angel is a self-described bibliophile with a “kinky” bent who loves to write stories for the characters in her head. If she didn’t get them out, she’s pretty sure she’d go just a little crazy.

She is happily married, old enough to know better but still too young to care, and a big fan of happily-ever-afters, strong heroes and heroines, and sizzling chemistry.

She believes the world is a better place when there’s a little magic in it.