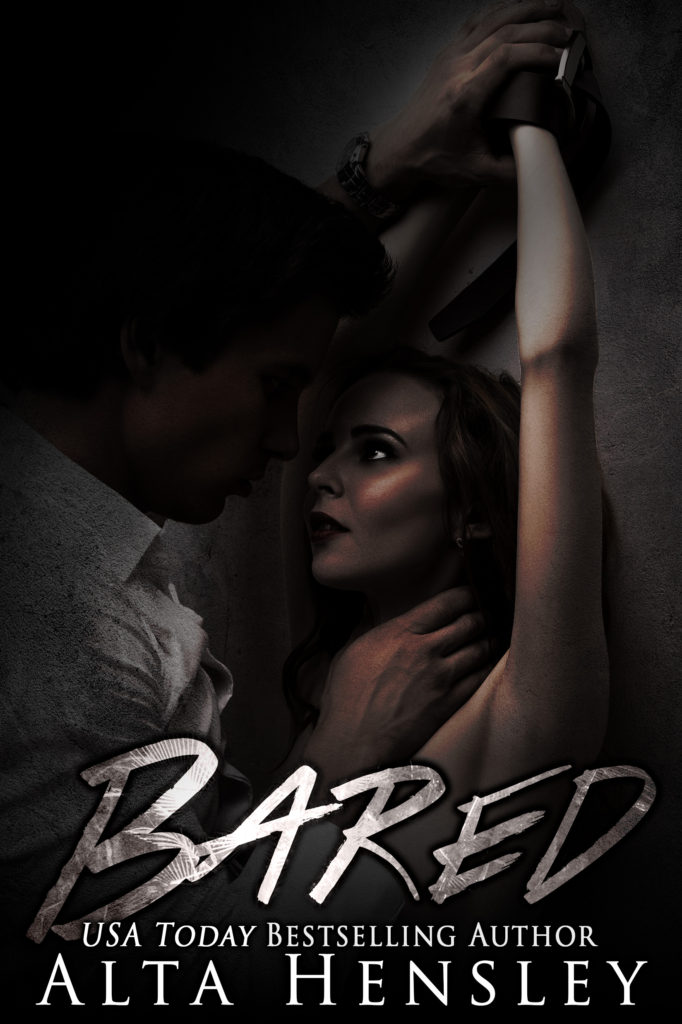 He told me he would demand obedience. He took much more than that.

When I agreed to work for him I thought I knew what I was getting myself into, but I was wrong. I knew he would be stern. I knew he would be demanding. What I didn’t expect was to find myself over his knee for a painful, humiliating spanking the very first time I displeased him.

But that was just the beginning. As he strips me bare and uses me as roughly and shamefully as he pleases, my body’s response to his firm-handed dominance is undeniable. I’m going to take everything he gives me, and in my heart I know it won’t be long until I’m begging for more.

Slight pressure was added, but not enough to break past the puckered flesh and enter me fully. Slowly, he lowered his finger to my silky folds, pulsing with desire. I didn’t know if it was the spanking that caused it or not, but I was dripping wet, and there was no hiding my hunger from Price who nows pread the signs around my bare skin.

A deep moan rumbled in his chest and escaped as he thrust his finger, followed by a second, into my hungry sex. I bucked against his hand, mewling in pleasure. Lightheaded and panting with the need for more, I did everything I could not to beg to be fucked right then and there. The fingers weren’t enough. I needed his cock buried inside of me. I needed it thick, long, and hard, and I had no shame in admitting that fact.

His two fingers were soon followed by a third, as he pumped in and out of me, demanding my passion. Crying out as he stretched me wide, I’m not sure how I knew, but I knew it was required so I could comfortably take the size of his dick. It was his silent way of warning me of what was to come. It was if I could read his sinful and dirty thoughts.

Lying over his knee, recently spanked, I could do nothing more than allow the climax to build. And when he removed his slick fingers and pressed one into my anus without warning, the orgasm rocked my body at an intensity that had me screaming out. Submission exploded through my body like the crack of a leather whip. Moaning, I pressed back against his hand, driving his finger deeper into my forbidden channel, his touch entrenched within me as I melted against him. I liked his finger inside of my ass, and had no shame in admitting that I did.

After the final swat, he cupped his hand over my pussy, using it to adjust my body until I was tucked snugly into his arms. Unconsciously, I nuzzled my face against the warmth of his neck, and my body melted against him. The feelings, the emotions… nothing could describe them other than safe and cherished. He had handled me his way, and I had allowed it. What I didn’t expect was this aftermath. I didn’t expect to enjoy his warm and soothing touch after the harsh sting.

He slipped his hand around my waist, lowering me to the rug-covered floor below. Fingers laced, thighs rubbing against thighs, my breasts molded into his torso, the clothing between us begging to be ripped off. Not wasting another moment, Price unzipped his pants, freeing his hard cock from its restraints.

He kneeled before my face and placed his thick shaft to my lips. I looked up and into his eyes. No words needed to be said. I opened up my mouth and allowed his cock to lie against my tongue. My natural instinct was to pleasure him. Nothing got in the way of how badly I wanted to make him groan out my name. Watching bliss blanket his face filled me with a purpose I had not known existed, and I wondered if I would ever get to experience again in my lifetime. As I hungrily sucked his ready dick, I fully submitted to a man who demanded it. Up and down, I moved my mouth until I was rewarded by my name escaping his lips in the most passionate of ways. My name never sounded as good as it did the moment it slipped from his mouth.

I added my hand and began to pump his cock while licking all around it. His body shook and tensed, and he pulled me away as he took a deep breath.“I’ve fantasized about your kiss,” he said, his gaze dipping to my lips.

Reflexively, I moistened them, slipping my tongue across my mouth, waiting for his to make contact. Slowly, we kissed, soft, romantic, and pure. He slid his hand to my pussy, driving my thirst for sex to a whole new level. I felt nearly driven to the edge, wanting desperately to beg him for more.“Please, Price. I need you.”
* * *

Isn’t that fucking HOT!? Alta is so good at writing hot, filthy sex and she certainly didn’t hold back in ‘Bared’. For me, I am working on Inheritance, words are actually flowing and I have a plan. Let’s hope the day job doesn’t kill me before then! Make sure you RSVP to my big reveal on March 8 though, I have lots of secret news that I will be revealing and I want to make sure you are the first to hear it, lovelies!

Alta Hensley is a USA TODAY bestselling author of hot, dark and dirty romance. She is also an Amazon Top 100 bestselling author. Being a multi-published author in the romance genre, Alta is known for her dark, gritty alpha heroes, sometimes sweet love stories, taboo undertones, and engaging tales of the constant struggle between dominance and submission.

Alta also loves to connect with her readers via social media. She invites everyone to join her Facebook room called Alta’s Hot, Dark & Dirty Romance room.