Look at that! It’s #TeaserTuesday again and I’m lucky enough to be friends with the incredible Maggie Ryan who just passed her milestone of FIFTY BOOKS! Can you freaking believe that? This lady is dirty in all the right ways, and a fucking blast to hang out with, and all of that naughty minded awesomeness comes out in her books. Her latest Dom book has a man that likes to be called Daddy, no age-play in this one though, lovelies. Just pure kinky fun. Check it out! 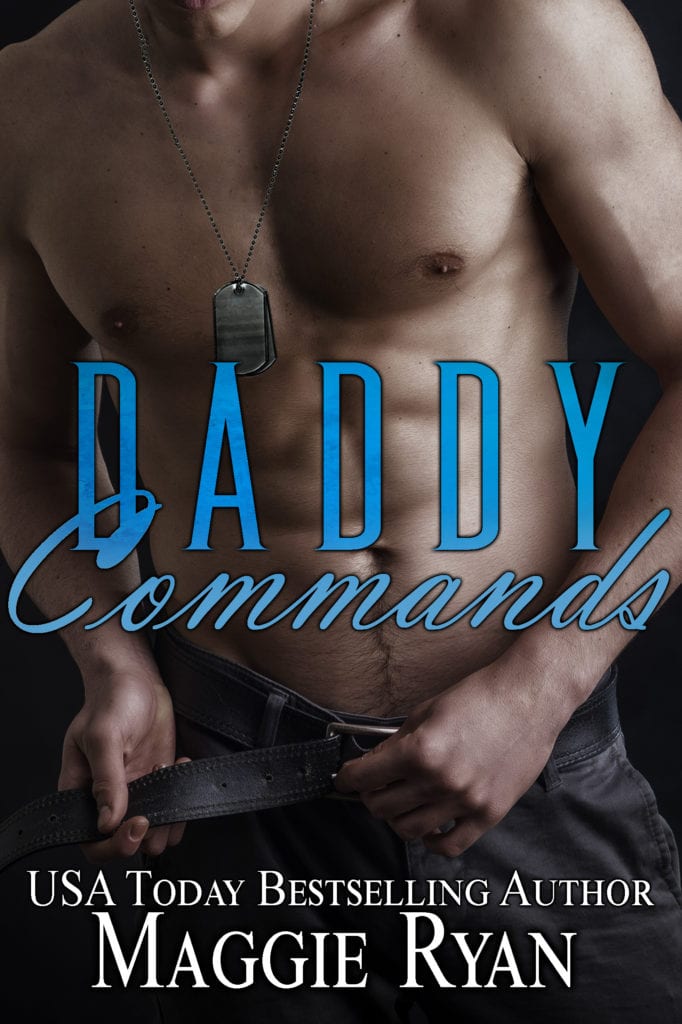 When his twenty-five-year-old wife Hannah’s quest to be the perfect army spouse becomes so stressful that his needs start falling to the wayside, Major Brett Griffith decides it is time to take her in hand and remind her who is in charge. Soon enough, Hannah is blushing crimson as she is ordered to remove her panties in the middle of a restaurant during their anniversary dinner, and her protests merely earn her a thorough spanking on her bare bottom upon their return home.

Though Hannah is shocked and embarrassed by Brett’s insistence that she call him daddy as she is punished like a naughty little girl, his firm-handed correction arouses her deeply. Before she knows it, she is delighting in her husband’s stern dominance and bold mastery of her body as he teaches her how hot it can be to surrender herself completely to what daddy commands.

“Take off your panties and hand them to me.”

“I have absolutely no doubt that you heard me,” Brett said.

“As a heart attack. I don’t know what got into you, but it ends right now. Perhaps sitting on your bare ass will remind you that we made a commitment. You to obey and me to enforce that obedience.”

I couldn’t believe what I was hearing. Couldn’t process what he’d just asked me to do. We were seated in a restaurant, one filled with people, and while, yes, there was adequate space between the booths and tables, it was still a very popular choice on a Friday evening. I could hear people laughing, see them enjoying chips and salsa or sipping on jumbo margaritas. True, no one was staring at our table or appeared to have any interest in what was happening, but I was suddenly positive that every ear in the place had just turned toward us. I could feel my entire body heating, knowing my face had to be the same shade as the red booth we were seated in.

“For God’s sake, lower your voice!” I hissed softly. “There are people here! They can hear you.”

His dark head nodded, though his eyes remained fixed on me. “True, and I’m sure that if they’d heard you this morning, they’d understand exactly why I’ve given you the command.”

Before I could wrap my mind around the fact that he had indeed just said ‘command’, he leaned back in the booth and continued. “Did you or did you not sign an agreement this morning?”

“An agreement that detailed quite explicitly the rules and consequences for the breakage of those rules, correct?”

Unexpectedly, a memory popped into my head. Brett had taken me fishing when we were dating. It had been a beautiful day, the sun shining, causing the water to sparkle like diamonds where it cascaded over the rocks upstream. I’d been startled when I’d felt a hard pull on my line, sure I’d done something wrong. Brett had smiled, pointing toward the water where the red and white ball he’d attached to my line was bobbing up and down in the river.

I’d tried to hand him my pole, but he’d shaken his head.

“No, this is your catch. Just give a yank to set the hook.” When I’d given a little tug, he’d laughed, put his arms around me, and with his hands covering mine on the pole, he’d given it a much harder yank. Stepping back, he’d said, “Now, just reel it in.”

While I cranked the reel, the fish had wiggled and jumped, trying to break free. When it was close enough, I pulled the line out of the water, landing my catch on the riverbank. It was a great memory.

But that had been then. Right now, sitting across from my husband, I wasn’t thinking about how proud he’d been that day. I was thinking that I most likely looked just like that poor trout, my mouth opening and closing as if unable to garner enough oxygen to breathe, let alone speak.

Brett evidently decided he didn’t need to hear a response as he nodded again. “Precisely, so there is no reason for you to be so shocked, now is there?”

A burst of laughter had my head whipping around, sure I’d see every customer in the restaurant agreeing with this man seated opposite me. Realizing the amusement came from children seated around a large table witnessing a waiter plopping a ridiculously large sombrero down on an elderly man’s head before wishing him feliz cumpleanõs, I found my voice.

“Look, you might be a major, but that doesn’t mean you can just… command me to do something.”

“Wrong. It means exactly that. The moment you put pen to paper and signed, you gave me that right.”

“I’m your wife, not one of your recruits!” I hissed, wondering how he could be so calm when I felt as if my entire world was careening out of control.

Leaning forward, he reached to cover my hand that was clenching the edge of the table as if to anchor myself in place. “You understood the consequences and, frankly, Hannah, wife or not, consider yourself enrolled in my own special boot camp. Your choice of behavior has brought you to this point, and the longer you take to obey me, the longer you’ll be across my knees getting your ass heated.”

Fantasy is a world that offers endless possibilities. Whether you travel back in time to when the plains were open, take a journey to the cobblestone streets of London, take a stroll along the beach or walk through the streets of some foreign country, every letter of every word offers infinite possibilities. I love to write stories that take a reader on a journey, one they can disappear into and experience what might have been or what is to come. I never try to restrict myself to any one genre because there are just too many delicious possibilities out there and inside my head. I hope you will curl up in your favorite chair and take the journey with me. Happy Reading!

Connect with Maggie on: 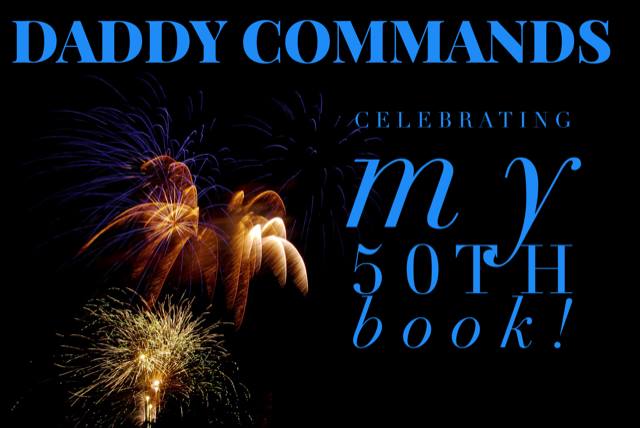